About Beyond Good and Evil 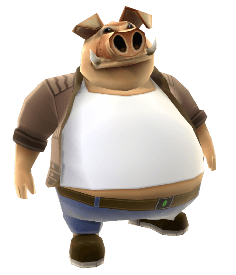 I firstly played the game on a Xbox, when I was around 7 years old. I already really liked the game back then, but I was never brave enough, to fight against enemys back then, so my sister had to fight for me.
The game has a great humor and a fairly great story. Most of the time everything has a green tint, which I really like, for some reason.

If you're trying to get every Mdisk, you will probably run into problems. Keep this link in mind: darkroom.bgemyth.net

Get the game on Steam: Beyond Good and Evil on Steam

Go back to /gaming